When A Picture is Worth a Thousand Pictures: The Curious Case of Copyright Overlap 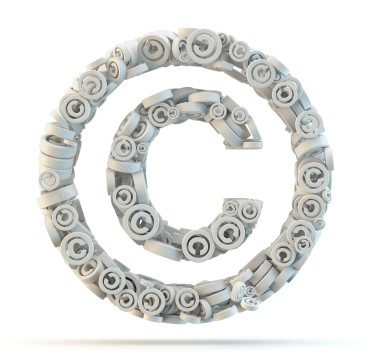 At a party over the holidays, a photographer friend of mine asked me a copyright question that seemed straightforward enough. Being an intellectual property attorney, I’m no stranger to these questions, and aside from the festive stylings of Andy Williams and Bing Crosby playing in the background, there wasn’t much different about this particular occasion. But as the question evolved into one of the more absorbing, thought-provoking discussions I’ve had in a while, I realized I’d been too quick to judge.

The topic on my friend’s mind that night concerned the rights photographers have in photographs they take of other artists’ copyrighted works. My friend, you see, is frequently commissioned to photograph famous works of art for various publicity purposes.

I began, routinely enough, by explaining to my friend that such cases usually involve two separate copyrights. The first owing to the primary work—the picture on the wall, the statue in the courtyard, the mural across the overpass—and the second in the photograph depicting the primary work. The key, I intimated, is that the photograph must be distinguishable from the original subject matter to be considered a new work worthy of its own protection. In other words, in order to be considered an “original work of authorship,” the requirement for copyright eligibility, it must be “original.” In legal parlance, that means the photograph must not be “substantially similar” enough to be viewed as a mere copy. And substantial similarity, I pointed out, doing my best to muzzle the legal jargon (which is a trifle harder after a few helpings of eggnog) can often be adduced by context.

I gave my friend two examples. The first was a photographer who shoots famous works by Salvadore Dali to use in a textbook on the subject of 20th century surrealism. In this case, there can be little doubt that any such pictures would be substantially similar to the underlying works, and therefore unworthy of their own copyright. After all, the very intent would be to create as true a printed reproduction of the originals as possible. (The textbook itself would be copyrightable, but that’s a different story).

Contrast that with a photographer tasked with portraying an original work of art in a certain manner; perhaps by incorporating her own unique visual style, or by adding elements that bring out or evoke a particular mood, tone, or perspective. Such is often the case when photographers are commissioned to shoot art for promotional events. And in such cases photographers are usually given creative discretion to capture unique and compelling depictions of the underlying works. This discretion, which could include deciding how a subject matter should be lit, which angles are the most complimentary, and what aspects and colors should be emphasized, will almost always result in images that are original enough, in and of themselves, to be worthy of copyright protection.

The photographer doesn’t own a copyright in the subject matter of course; only in her particular depiction of it, which can in fact be quite limiting. And it doesn’t mean her use of her pictures can’t infringe the primary work—only that she can prevent others from copying her particular rendition of that work. In truth, a photographer like my friend could very well commit copyright infringement by using his pictures outside the scope of his commission.

Since I hadn’t ever contemplated the copyright implications of photographs of photographs, writ large, I was intrigued by my friend’s example. But hewing to my original position, the short answer was that if a latter original work used elements of an earlier original work then you’d likely have a situation of multiple, overlapping copyrights. This would be true regardless of whether you’re talking about two works or two thousand works. (The cat photographs are up to 1,790 at the time of this publication, by the way).

Then came the hypothetical question we’d been building toward. My friend—rather astutely, in retrospect—asked if an earlier photographer of a picture-inside-a-picture sequence could successfully sue a latter one for infringing her copyright if, let’s say, the latter photographer profited from the sale of the series containing the earlier photographer’s image.

Now, before we go any further, returning readers will know that I tend to give copyright hypotheticals a wide berth. I’ve never found much use for getting mired in the kind of endless, far-flung what-ifs that all but the most dedicated academics find tedious; and which are, more often than not, a whimsical exercise in intellectual overindulgence given how infrequently they translate into real, precedent-bearing case law. Having said that, copyright hypos do seem to be in high demand of late, a result of seemingly every able-bodied man, woman and child in the U.S. now wielding a hi-res camera phone. Whether it involved the copyright ownership rights of non-human primates, or a friendly game of guess the celebrity selfie-owner, copyright hypos were all the rave in 2014. And so, reluctantly, I wade into the world of hypotheticals; not just because it’s all the talk, but because in this case I think it’s worthwhile.

The key to answering my friend’s question, as you’ve no doubt guessed by now, is substantial similarity. Is there a substantial similarity between the earlier photograph and the latter? While the first example I gave makes it an easy yes or no question, it’s far more attenuated in this case. Substantial similarity being a question of fact, (i.e. a question for a jury) turns entirely on the specifics of the alleged infringement—specifics we don’t have without seeing the picture for ourselves—so it’s impossible to say either way. (Which is the problem with hypotheticals, and the reason they can quickly get out of hand). Having said that, it is well settled that if the similarity between two independent works is so minimal, or the copied portions so isolated so as not to be recognizable by the ordinary observer, then any use of the earlier work is merely de minimus, and therefore not an infringement.

So what makes this hypo interesting is that with each new photo taken, the earlier photos, by necessity, become a less and less substantial part of the whole. The reality is that an ordinary observer would be hard pressed to distinguish any more than four pictures in a picture-in-picture series at once. After five, any distinguishing characteristics become virtually impossible to detect. So while each new picture could infringe the ones preceding it, it is limited by degree. The question for the trier of fact would be where that limit is. At what point does a new picture render an older one insubstantial? The answer could change at different points in the sequence, depending on things like resolution, lighting and other factors.

By this point in the evening, other revelers were taking a passing interest in our conversation, and I was being asked about things like retweeting retweets. While Twitter or any social media platform isn’t an issue in and of itself, the transfer of information is happening faster and faster every day, which does raise the likelihood of increasingly complex copyright entanglements involving multiple, overlapping copyrights.

Plumbing the depths of my memory, I recalled the case of one particular contemporary artist, Shepard Fairey, who took an unassuming picture by an Associated Press photographer, added some color and an inspirational slogan, and turned it into a piece of cultural iconography that came to be known as the Obama “Hope” poster. The copyright infringement firestorm that followed was eventually settled out of court, so we’ll never know if Fairey’s work infringed the original photograph or not. But it doesn’t strain the imagination to envision these kinds of disputes happening more and more frequently in our sharing-obessed society. An artist shares her work online and gets a few thousand re-shares. Somebody picks up one of those re-shares, adapts it for his own use and shares it a few thousand more times. The next thing you know, adaptations of the adaptation are showing up on Etsy, in celebrity selfies, photo bombs, memes, ice bucket challenges, flash mobs or whatever else the magic of social media sees fit to conjure next. And it’s all happening at the speed of light through fiber.

The picture-inside-a-picture hypo may be extreme in its scope, but not in principle. Copyright overlap is happening every day, and not just in cyberspace. In every creative industry that relies on the collaboration of artists—whether it’s fashion, music, film, or advertising—copyrights are built on the backs of other copyrights. Anyone hired to create a logo, write a script, illustrate a character, design a set or add a background vocal may be getting paid to contribute a copyrighted (or copyrightable) work to a larger creative whole. And the only things standing between business as usual and mass chaos in these industries are detailed work-made-for-hire, assignment and licensing contracts; the absence of which can lead to some very ugly disputes, very quickly.

“So the moral of this story is that the world needs more contracts?” my friend asked with a liberal dose of sarcasm.

“Precisely…and more lawyers to write them,” I replied impishly.

As we came to an unspoken understanding that this probably wasn’t the answer, we acknowledged the conversation had run its course, only to discover thereafter that the party had ended without us.

The content of this blog is intended for informational purposes only. The information provided in this blog is not intended to and does not constitute legal advice, and your use of this blog does not create an attorney-client relationship between you and attorney Brian J. Meli. Under the rules of certain jurisdictions, the material included in this blog may constitute attorney advertising. Prior results do not guarantee a similar outcome. Every case is different and the results obtained in your case may be different.

5 thoughts on “When A Picture is Worth a Thousand Pictures: The Curious Case of Copyright Overlap”

Prior results do not guarantee a similar outcome.

Where Westport meets the world

All About Advertising Law